Typhoon is a massive ocean world located in the Therion System.

The planet sports archipelago chains separated by vast and deep oceans, with areas reaching up to 1400m deep.
It also sports large mountainous islands, a volcano, and an active biosphere with vegetation propagating the equator and tropics.

Since it’s a water planet, it does require the Water Mod by Jakaira. 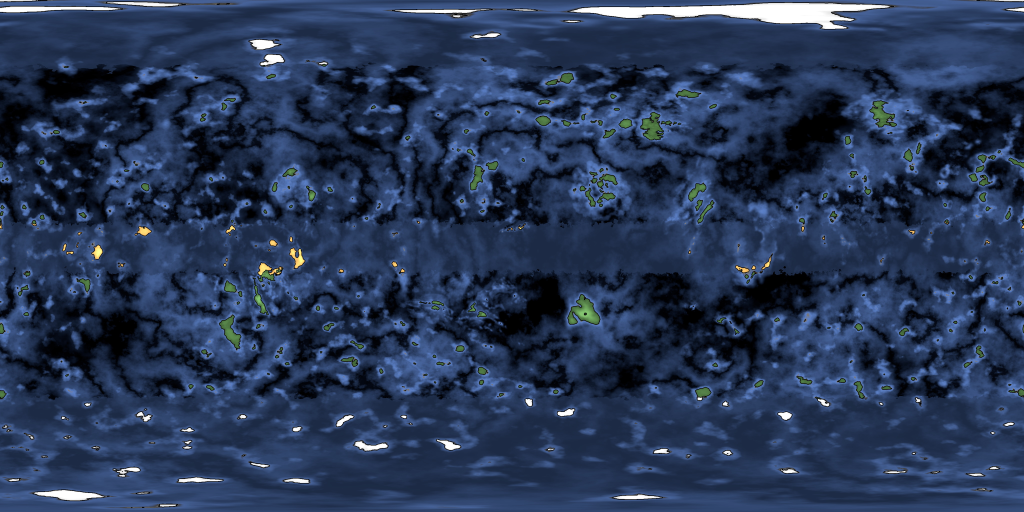 Vast oceans
Typhoon has huge swathes of open water, with areas reaching up to a kilometre deep, making it an ideal setup for submarine and naval warfare.

Archipelagos
Typhoon is divided into huge archipelago chains, prompting the limited landmass available to be valuable, and worth fighting over.

Ore Distribution
The planet has completely random ore distribution in equal amounts, veins often being found in groups of two or three ores each. It sports all ores with the exception of Uranium. Surface rocks are plentiful on the tropics and poles.

Planets
Still stuck? How can we help?